Just a quick post during the hectic holidays! Well, we got knocked-off by Belfry... played like a freshman team in the first quarter (2 turnovers inside the 20 in the first 3 minutes). That pretty much put us in a tailspin from which we couldn't recover. Belfry had a bunch of big, thick kids who could play football. They will be playing for the chance to repeat as class AA state champs Dec 3rd vs Owensboro Catholic at Papa Johns Stadium. I with them luck!

Speaking of big, thick football players, I sure hope they allow us to keep our new 4th block weightlifting class (mostly for athletes of all sports) so we can get our players physically up to the next level.

Trade Tapes: I have 3 sets of tapes ready, so those of you expecting tapes - don't give up! I finally got smart and brought a vcr from home so I can dub 2 per day at school and then switch over and dub 2 that night. So even thought the tapes are long, I should be able to get them all done in a timely fashion and mailed before Christmas.

I'm thinking about transfering those tapes to computer and perhaps putting them on CD's. This would require a decent PC for playback and you would have to install a small program (not really a program, but a video codec) to watch them on Windows Media player. It would allow me to spend less time, money, and postage in the process. Let me know if you are "computer video savvy" and I might could do it that way.

Coach Smith
Posted by Steve at Saturday, November 27, 2004 No comments:

Below are some game pictures posted by our local newspaper, the Middlesboro Daily News. 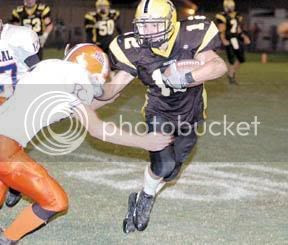 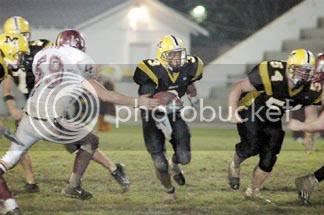 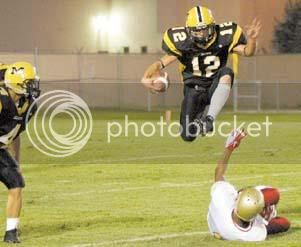 ps. Angela is doing fine... but is a little sore.
Posted by Steve at Wednesday, November 10, 2004 No comments:

Gone For A Few Days

A lot is going on this week... Playoffs Week One... and Angela is going to have some out-patient surgery this Monday. This means I'll be taking care of her through the middle of next week- and not answering emails or posting to Veersite until late next week. Feel free to post on the Veersite message board...

Hopefully, I'll be able to get a few tapes out this Monday and Tuesday. I'll email you if one gets sent your way.

Coach Smith
Posted by Steve at Thursday, November 04, 2004 No comments: