I found a site here that produces "Word Clouds" from text. (gotta pass this on the the English Department!) Anyway, it's kind of fun gauging the content of the text simply by looking at a graphical representation using the words used.
My last two posts on Veersite got the word cloud treatment below. 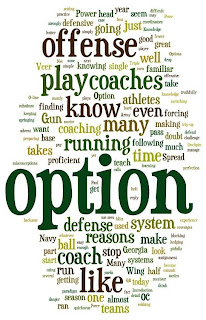 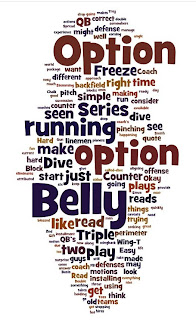 As a fun aside I took a word cloud of the Presidential speech last night and compared it to Patton's speech to the Third Army on June 5th 1944. Terminology has changed since WWII. 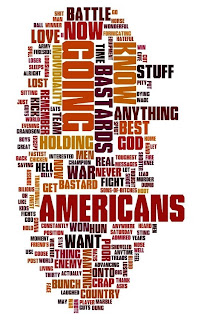 Like I said... and interesting diversion.
Patton's Speech... which in my opinion is the best speech I've read concerning the matter.

Now, I want you to remember that no bastard ever won a war by dying for his country. He won it by making the other poor dumb bastard die for his country. Men, all this stuff you’ve heard about America not wanting to fight, wanting to stay out of the war, is a lot of horse dung. Americans traditionally love to fight. All real Americans love the sting of battle. When you were kids, you all admired the champion marble shooter, the fastest runner, the big league ball player, the toughest boxer. Americans love a winner and will not tolerate a loser. Americans play to win all the time. I wouldn’t give a hoot in hell for a man who lost and laughed. That’s why Americans have never lost and will never lose a war. Because the very thought of losing is hateful to Americans.

Now, an Army is a team. It lives, eats, sleeps, fights as a team. This individuality stuff is a bunch of crap. The bilious bastards who wrote that stuff about individuality for the Saturday Evening Post don’t know anything more about real battle than they do about fornicating.

We have the finest food and equipment, the best spirit and the best men in the world. You know, by God I actually pity those poor bastards we’re going up against. By God, I do. We’re not just going to shoot the bastards, we’re going to cut out their living guts and use them to grease the treads of our tanks. We’re going to murder those lousy Hun bastards by the bushel.

Now, some of you boys, I know, are wondering whether or not you'll chicken out under fire. Don't worry about it. I can assure you that you will all do your duty. The Nazis are the enemy. Wade into them. Spill their blood. Shoot them in the belly. When you put your hand into a bunch of goo that a moment before was your best friend's face, you'll know what to do.

Now there’s another thing I want you to remember. I don’t want to get any messages saying that we are holding our position. We’re not holding anything. Let the Hun do that. We are advancing constantly and we’re not interested in holding onto anything except the enemy. We're going to hold onto him by the nose and we're going to kick him in the ass. We're going to kick the hell out of him all the time and we're gonna go through him like crap through a goose.

There’s one thing that you men will be able to say when you get back home. And you may thank God for it. Thirty years from now when you’re sitting around your fireside with your grandson on your knee and he asks you what did you do in the great World War II, you won’t have to say, "Well, I shoveled shit in Louisiana."

Alright now, you sons-of-bitches, you know how I feel. Oh, and I will be proud to lead you wonderful guys into battle – anytime, anywhere.